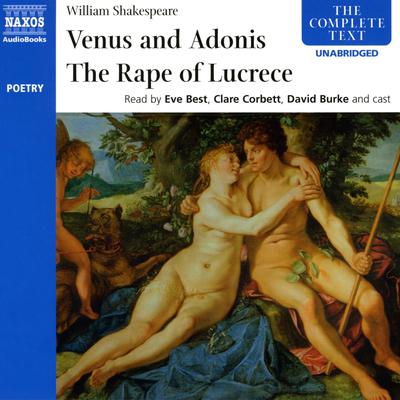 Venus and Adonis & The Rape of Lucrece

These two great poems date from Shakespeare’s early years and are full of passion and invention. In “Venus and Adonis,” the goddess of love pleads with the beautiful boy to submit to her advances and become her love—but he only wants to hunt boar. In the more serious “The Rape of Lucrece,” Shakespeare draws on the Roman tale of the Emperor Tarquin’s desire for Lucrece and its tragic consequences.