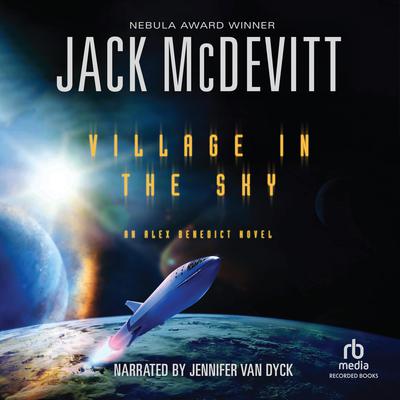 Village in the Sky

Centuries after a war with the Mutes, the first aliens to be encountered by humankind, a startling new discovery in the far reaches of the Orion Nebula appears. On a planet with conditions favorable to life, explorer vessel The Columbia comes across a small town seemingly inhabited by an intelligent species not yet discovered.

But when a highly publicized follow-up mission is sent to make contact mere months later, the entire town has vanished, leaving no trace—or such is presumed to be the case until Alex Benedict and his archaeological crew show up to investigate. Officially, their mission is to find concealed artifacts that may have been left behind, but the team’s real goal is to solve the mystery of how these aliens disappeared so rapidly—and why. In turns terrifying and miraculous, the answers raise the stakes for every member on board as they look to make their mark on history.

Jack McDevitt is an American science fiction author who won the 2006 Nebula Award for his novel Seeker. He has served as an officer in the US Navy, taught English and literature, and worked for the United States Customs Service. He lives with his wife, Maureen, in Georgia.