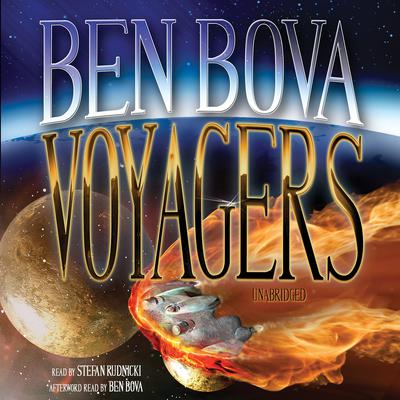 Ex-astronaut turned physicist Keith Stoner knew that the fiery object hurtling toward the Earth was an alien spacecraft—but the world might never know. He was trapped in an iron cordon of secrecy, for the discovery had set off a brutal power struggle among the elite, raging from the sacred halls of the Vatican to the corridors of the Kremlin and the Pentagon. Each nation wanted to be the first to contact the aliens, to learn their superior technology. The forces of fear and treachery would use any weapon at their command—from mind war to sabotage—to keep the world in darkness.

Aided by a brilliant Soviet linguist and a lovely young student, Stoner planned a desperate mission—a wild, heart-stopping gamble to preserve the legacy of the star voyager for all mankind.

“Superior…the most affecting first contact narrative I’ve ever heard or read. I couldn’t help but to play [it] again immediately upon finishing…Stefan Rudnicki continues to impress with this narration.” —SFFAudio.com (an SFFAudio Essential)
“Stefan Rudnicki’s mastery of accents is showcased in this production. His characterization is vivid, and the interaction between the characters is intense and fast paced. He draws out the undercurrent of Cold War tension between the Soviets and the Americans, which contrasts with the trust and collegiality that develops on the mission.” —AudioFile