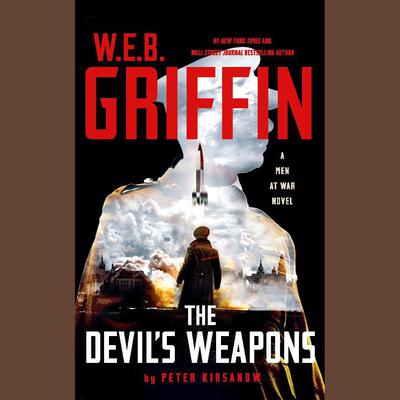 The Men at War Series: Book 8

Dick Canidy and the agents of the OSS scour war-torn Poland looking for a rocket scientist who holds the secrets to the Nazis’ most dangerous weapon, in this entry in W. E .B. Griffin's New York Times bestselling Men at War series.

April 1940. By terms of the Soviet Nazi Nonaggression pact, the two dictatorships divided the helpless nation of Poland. Now, the Russians are rounding up enemies of the state in their occupation zone, but one essential target slips away. Dr. Sebastian Kapsky had spent years working with Walter Riedel and Werner von Braun in the early days of rocket science, but as a man with a conscience, he refused to continue when he saw the perversion of their work by the Nazis. That makes him the most knowledgeable person about German superweapons outside of Germany.

The Germans want him. The Soviets are desperate to grab him, but Wild Bill Donovan knows there's only one man who can find him in the middle of a war zone and get him out—Dick Canidy.