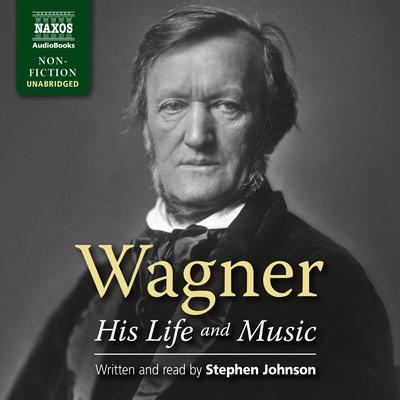 Wagner – His Life and Music

Well over a century after Richard Wagner’s death, the man and his music are as controversial as ever. Praised for his profound insights into the workings of the human heart, he has also been condemned as a dangerous libertine, a protofascist, and an arrogant bore. His vast four-part operatic Ring cycle has been elevated as one of the greatest achievements of western culture and dismissed as an unparalleled example of creative megalomania. This audiobook makes no attempt to gloss over the darker sides of Wagner’s character, personally or artistically, but argues that the finer aspects of his vision transcend its flaws. It tells the story of an extraordinary life and charts Wagner’s development, from unpromising beginnings into the creator of some of the most brilliantly innovative and seductively beautiful music ever composed.

Stephen Johnson writes regularly for the Independent and the Guardian and was chief music critic of the Scotsman. He is a regular presenter for Radio 3’s Discovering Music. In 2003, he was voted Amazon.com Classical Music Writer of the Year. He lives in Great Britain.