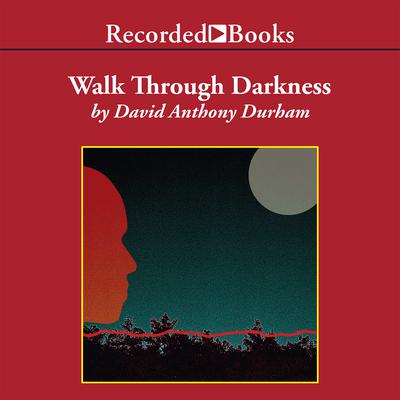 David Anthony Durham has won the Zora Neale Hurston/Richard Wright Fiction Award and a Hurston/Wright Foundation Legacy Award. Walk Through Darkness is the story of a fugitive slave in search of his pregnant wife, and the lethal hunter who is tracking him. As these two quests intertwine, they form a fascinating mosaic of the Civil War era. "Poetically graceful . Combines history and morality with a dynamic intelligence."-The New York Times

“David Anthony Durham…has formed his own inclusive and original vision of American society, nourished by a nuanced understanding of history and an intuitive, almost spooky feel for the inner lives of its inhabitants…Walk through Darkness remains a hugely ambitious book that leaves the reader wondering, and waiting for, what Durham will do next.” —New York Times Book Review
“Poetically graceful…Combines history and morality with a dynamic intelligence.” —New York Times
“The scope of Walk through Darkness is immeasurably grand, and its story involves us on a primal, irresistible level.” —Newsday
“Evocative and finely wrought…Resonates with the great American historical irony.” —San Francisco Chronicle
“The story of Civil War–era America, magnificently told.” —Washington Post
“Black and white was never so gray, and gray was never so vibrant as it streams across [these] pages…Durham remains not just a startlingly poetic African American voice but a welcome voice in the rich spectrum of American letters.” —Denver Post
“Powerfully written and emotionally devastating…Durham’s writing is forceful and full of startling imagery.” —Publishers Weekly (starred review)
“Walk through Darkness gets under your skin and stays there. In language both disturbing and haunting, Durham presents a many-layered story of love and race and, ultimately, the very issue of humanity itself. With masterful ease he plumbs the crevices of our collective consciousness and reveals not only the terrible truths but also the lustrous beauties that reside there.” —Jeffrey Lent, author of In the Fall
“Rich, evocative…A complex story that is uniquely American.” —Philadelphia Tribune
“Complex, brilliantly written, and deeply engaging, Walk through Darkness shows a young novelist building on his formidable narrative gifts to produce a powerful work of historical fiction.” —BookPage
“Part love story, part historical drama, Durham achieves something that lesser authors can only dream of: he blends the various elements of his novel seamlessly, integrating a number of disparate characters, settings, and ideas into a lyrical, cohesive whole.” —News & Observer (Raleigh)

David Anthony Durham earned an MFA from the University of Maryland. His first novel, Gabriel’s Story, was published to wide acclaim in 2001. He has won several awards, including the Zora Neale Hurston/Richard Wright Fiction Award, a First Novel Award from the Black Caucus of the American Library Association, and a Legacy Award. His short fiction appears in Gumbo: An Anthology of African American Writing. He lives with his wife and two children California and teaches creative writing at Cal St. Fresno.