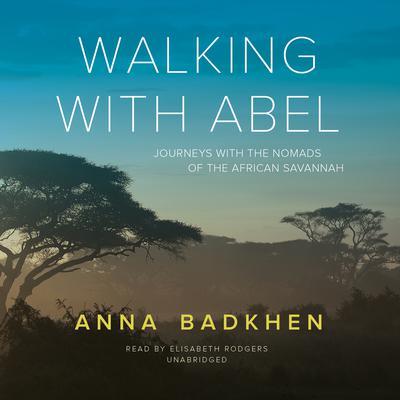 Walking with Abel: Journeys with the Nomads of the African Savannah

An Esquire pick10 Books for Your August Reading List

The Fulani are the largest surviving group of nomads on the planet. In Walking with Abel, Anna Badkhen embeds herself with a family of Fulani cowboys—nomadic herders in Mali's Sahel grasslands—as they embark on their annual migration across the savannah. It's a cycle that connects the Fulani to their past even as their present is increasingly under threat—from Islamic militants, climate change, and the ever-encroaching urbanization that lures away their young. The Fulani, though, are no strangers to uncertainty—brilliantly resourceful and resilient, they've contended with famines, droughts, and wars for centuries.

Dubbed "Anna B├ó" by the nomads who embrace her as one of their own, Badkhen narrates the Fulani's journeys and her own with compassion and keen observation, transporting us from the Neolithic Sahara crisscrossed by rivers and abundant with wildlife to obelisk forests where the Fulani's Stone Age ancestors painted tributes to cattle. Together they cross the Sahel—the savannah belt that stretches from the Indian Ocean to the Atlantic—with Fulani music they download to their cell phones and tales infused with the myths that ground their past, make sense of their identity, and safeguard their future.

“A rare and extraordinary book…More than a window into an ancient, and possibly doomed, way of life; she digs down to the very core of what it means to be human.” —Ben Fountain, National Book Critics Circle Award–winning author
“Displays the skill of a writer accustomed to telling the stories of those living unimaginable lives.” —Ms. magazine
“With extraordinarily poetic language, Badkhen captures the Fulani pace that dates back thousands of years: ‘a sound of sorrow and hope and loss and desire: the sound of walking.’” —BBC.com
“If you thought commuting to work in Midtown was rough, try Sub-Saharan Africa.” —New York Post
“An engrossing look into an alien world from the perspective of a writer with a unique story of her own.” —Philadelphia Inquirer
“This lyrical account of that journey eloquently describes the culture of the Fulani and is…[an] exquisitely written book.” —Publishers Weekly (starred review)
“Badkhen makes intellectual and emotional connections that will appeal to anyone interested in Africa’s nomadic peoples and readers of memoirs such as Cheryl Strayed’s Wild.” —Library Journal
“Badkhen’s lyrical, off-the-beaten-path travel memoir also serves as a trenchant sociological study of one of the ‘planet’s largest remaining group of nomads’…[and] vividly captures and communicates an increasingly rare and wondrous experience.” —Booklist
“The poetry in Badkhen’s prose demands that readers slow down and savor her gentle, elegant story.” —Kirkus Reviews
“Many people listen to audiobooks to recapture the intimate pleasure of being read to by a parent or friend. No one makes that connection better than Elisabeth Rodgers. Her rich alto is almost hypnotic as she tells the story of Fulani nomads moving across the Sahel in Mali, embodying ancient traditions in a world transformed by climate change and war…Rodgers masters the pronunciation of the Sahel and the Fulfulde languages. This is a wonderful audiobook for anyone interested in North Africa.” —AudioFile
“Badkhen’s account is a wondrous tableau of survival in one of the planet’s toughest environments, threaded with history, legend, and a wealth of stories.” —Wayne White, Middle East Institute
“At the end of this riveting tale, the reader not only knows something about the fascinating particularities of Fulani being-in-the-world but is also inspired by the indomitable resilience of the human spirit.” —Paul Stoller, author of Yaya’s Story
“A magisterial book which speaks to us as a species in the early twenty-first century—where have we walked from and where are we walking.” —J. M. Ledgard, author of Submergence

Anna Badkhen is the author of The World Is a Carpet, Afghanistan by Donkey, Waiting for the Taliban, and Peace Meals: Candy-Wrapped Kalashnikovs and Other War Stories. Her reporting from four continents, including the conflicts in Afghanistan, Iraq, Somalia, and Chechnya, has appeared in the New York Times, New Republic, Foreign Policy, and other publications.