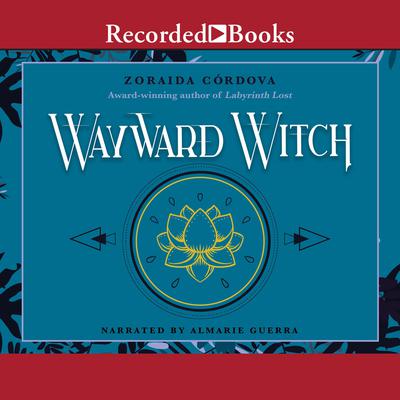 The witches of New York are back! In the epic conclusion to the award-winning series, the final Mortiz sister’s story is told. Infused with Latin American tradition—the Brooklyn Brujas series follows three sisters—and brujas—as they develop their powers and battle magic in their hometown and worlds beyond.

Rose Mortiz has always been a fixer, but lately she’s been feeling lost. She has brand new powers that she doesn’t understand, and her family is still trying to figure out how to function in the wake of her amnesiac father’s return home. Then, on the night of her Deathday party, Rose discovers her father’s memory loss has been a lie.

As she rushes to his side, the two are ambushed and pulled through a portal to the land of Adas, a fairy realm hidden in the Caribbean Sea. There Rose is forced to work with a group of others to save Adas. Soon, she begins to discover the scope of her powers, the troubling truth about her father’s past, and the sacrifices he made to save her sisters. But if Rose wants to return home so that she can repair her broken family, she must figure out how to heal Adas first.

Zoraida Córdova is the award-winning author of the Vicious Deep trilogy and the Brooklyn Brujas series. Her short fiction has appeared in the New York Times bestselling anthology, Star Wars: From a Certain Point of View, and Toil & Trouble: 16 Tales of Women and Witchcraft.