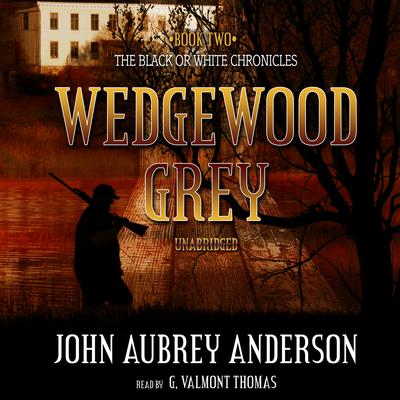 The Black or White Chronicles: Book 2

Fifteen years after the notorious War at Cat Lake, Missy Parker, the child who stood in the center of the demonic war, now lives in Texas with her husband, Pat. But Satan’s minions remain at Cat Lake, waiting. On a bleak night in April, 1960, evil is aroused. An innocent black woman is attacked by a mob of white men. Old Mose Washington confronts the men with a twelve-gauge shotgun, and people die. When the dawn comes, Mose is a fugitive, diligently pursued by an FBI agent who is unprepared to accept the nature of the forces at work here. Missy and Pat rush home to the Delta to find that the forces of darkness have been eagerly anticipating her return. So begins the second battle in the War at Cat Lake in this compelling story of the conflict between the physical and spirit worlds played out in the lives of Missy Parker and Mose Washington.

John Aubrey Anderson was growing up in Mississippi cotton country when he saw John Wayne star in Flying Tigers and knew he wanted to be a pilot. After graduating from Mississippi State University, he joined the Air Force, served three tours in Southeast Asia, and went on to fly planes for Delta Air Lines for twenty-eight years. Now retired from the cockpit, he writes novels, including the acclaimed Black or White Chronicles trilogy, and lives with his wife in the Dallas/Ft. Worth area of Texas.