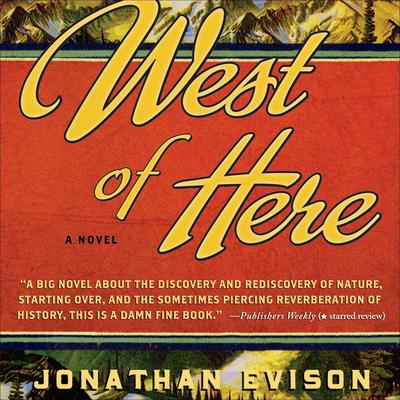 From the rugged mudflats of the Northwestern frontier to a rusting strip mall, West of Here is a conversation between two epochs. In his eagerly awaited second novel, Jonathan Evison tells the stories of the people who first inhabited the mythical town of Port Bonita in Washington State from 1887-1891. Moving ahead more than a century to 2005-06, he introduces those who live there now and must deal with the damage done by their predecessors. The characters are drawn with compassion and truth, the themes are grand and sweeping: regeneration, the trappings of history, the elusive nature of perception, who makes footprints and who follows them. Evison writes with heart and verve, capturing evocative details and unforgettable scenes.

Jonathan Evison is the author of several books, including All About Lulu, which won the Washington State Book Award.