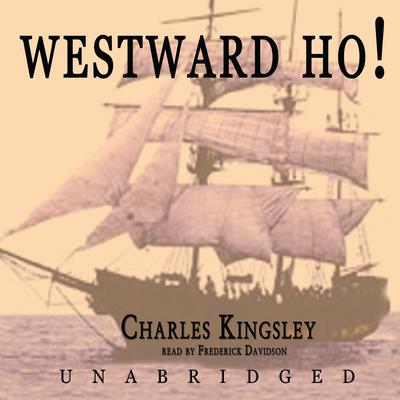 Westward Ho!: or the Voyages and Adventures of Sir Amyas Leigh, Knight, of Burrough, in the County of Devon in the Reign of Her Most Glorious Majesty Queen Eliza

Subtitle: or the Voyages and Adventures of Sir Amyas Leigh, Knight, of Burrough, in the County of Devon in the Reign of Her Most Glorious Majesty Queen Elizabeth

From the coral reefs of the Barbados to the jungles and fabled cities of the Orinoco and on to the great sea battle with the Spanish Armada, this vibrant novel captures the daring spirit of the Elizabethan adventurers who sailed with Sir Francis Drake. Full of the drama of that age of exploration, discovery, and conquest, Kingsley has truly brought this colorful era to life.

“An action-packed saga of romance and seafaring adventure set against the dramatic backdrop of Elizabethan England, the battle of the Spanish Armada, and the exploration of North America.” —Ingram

Charles Kingsley (1819–1875), born in Devonshire, England, was a clergyman, novelist, and poet who began writing when he was five years old. He was much involved in the social reform movements of his time. His best-known works are Westward Ho! and the children’s fantasy The Water Babies.