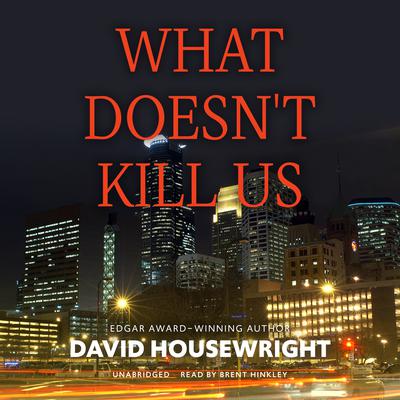 What Doesn’t Kill Us

Rushmore McKenzie has been shot and lies in a coma, while the police and his friends desperately try to find out what McKenzie was doing and who tried to kill him

Rushmore McKenzie, former St. Paul police detective and unexpected millionaire, does the occasional, unofficial private detective work—mostly favors for friends. He’s faced kidnappers, domestic terrorists, art thieves, among others, and had a hand in solving some of the most perplexing mysteries of the Twin Cities. But this time, his prodigious luck and intuition may have finally failed him: he was shot in the back by an unknown assailant and lies in a coma.

His childhood friend, Lt. Bobby Dunston of the St. Paul Police Department, assigns his best detective to the case while other figures—on both sides of the law—pursue the truth. What was he investigating, what did he learn that so threatened someone that they tried to kill him? What does a sketchy bar in the wrong part of town, the area’s prominent tech millionaire family, drug dealers, investment bankers, and a mysterious woman who left an unknown package for McKenzie all have in common? The answer to that might be what stands between life and death.

“It’s inspiring to see so many people who don’t much like each other rally to the cause of Housewright’s hero.” —Kirkus Reviews
“A solid look at St. Paul and environs and snappy dialogue enhance the fast-moving plot.” —Publishers Weekly