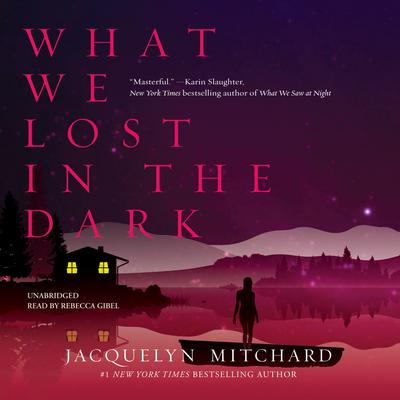 What We Lost in the Dark

The What We Saw at Night Series: Book 2

Allie Kim's deathly allergy to sunlight, XP, still confines her to the night. Now that she's lost her best friend Juliet to an apparent suicide, the night has never felt darker—even with Rob at her side.

Allie knows why Juliet killed herself: to escape the clutches of Garrett Tabor, whom the trio saw committing an unspeakable crime. Garrett is untouchable; the Tabors founded the world-famous XP clinic that keeps Allie and Rob alive and their small Minnesota town on the map. Allie can't rest until Garrett is brought to justice, but her obsession jeopardizes everything she holds dear. Not even training for Parkour can distract her; nothing reminds her more that Juliet is gone. So, when Rob introduces Allie to the wildly dangerous sport of nighttime deep diving, Allie assumes he's only trying to derail her investigation—until they uncover the terrible secret Garrett Tabor has hidden under Lake Superior.

“With soaring, lyrical prose and a deep understanding of human strength and frailty, Jacquelyn Mitchard aims her unflinching narrative gaze at the mysteries of death, life, love, and loss. Finding beauty in even the darkest of tragedies, her writing will make you hurt—but it will also make you hope.” —Robin Wasserman, New York Times bestselling author
“Two teens afflicted with a rare medical disorder continue unraveling the mystery begun in What We Saw at Night…A wild cliffhanger ended the first, so readers will definitely want to get their hands on this sequel.” —Kirkus Reviews

Jacquelyn Mitchard’s first novel, The Deep End of the Ocean, launched Oprah’s Book Club and became an international bestseller, hitting #1 on the New York Times bestseller list. Her other works, including The Most Wanted, Twelve Times Blessed, The Breakdown Lane, and Cage of Stars have also been well received. Mitchard has appeared on the Today show, The Oprah Winfrey Show, MSNBC, and numerous other local and national television and radio programs. She was a contributing editor for Parenting magazine and wrote a weekly syndicated column until 2007 which appeared in more than one hundred newspapers across the country. Her articles have appeared in Newsweek, Life, Reader’s Digest, TV Guide, Ladies’ Home Journal, and many other publications. She lives in Wisconsin with her husband and nine children.