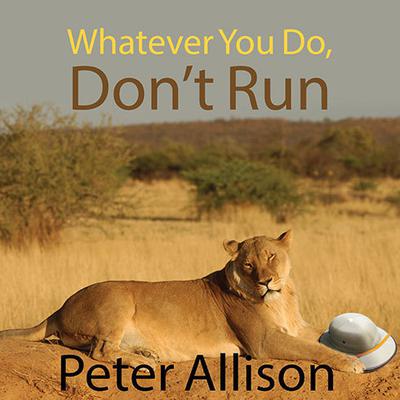 Whatever You Do, Don't Run: True Tales of a Botswana Safari Guide

Whatever You Do, Don't Run is a hilarious collection of true tales from top -safari guide Peter Allison. In a place where the wrong behavior could get you eaten, Allison has survived face-to-face encounters with big cats, angry -elephants, and the world's most unpredictable animals—herds of untamed tourists and foolhardy guides whose outrageous antics sometimes make them even more dangerous than a pride of hungry lions! Join Allison as he faces down charging lions—twice; searches for a drunk, half-naked tourist who happens to be a member of the British royal family; drives a Land Rover full of tourists into a lagoon full of hippos; and adopts the most -vicious animal in Africa as his "pet." Full of lively humor and a genuine love and respect for Botswana and its rich wildlife, Whatever You Do, Don't Run takes you to where the wild things are and introduces you to a place where every day is a new adventure!

Allison's infectious enthusiasm for both the African bush and his job showing its wonders to tourists is readily apparent, making for a fast and very entertaining read. —Booklist Starred Review

Peter Allison set off for a year-long stay in Africa in 1994. More than a dozen years and hundreds of adventures later, he’s still leading safaris and collecting stories. His safaris have been featured in National Geographic, Condé Nast Traveler, and on television programs including Jack Hanna’s Animal Adventures.