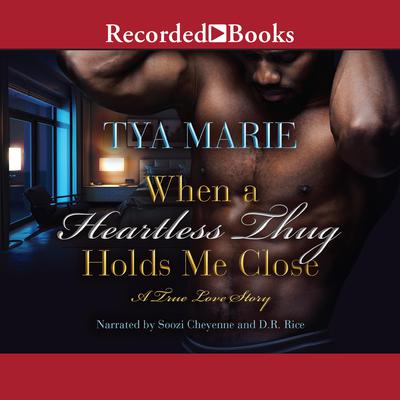 When a Heartless Thug Holds Me Close

Yara Samuels has experienced her fair share of hurt in life. Growing up in a home ridden with domestic violence, Yara was taught at a young age that if it isn’t painful, then it isn’t love. It takes watching her mother be beaten to death by her stepfather for young Yara to learn that love taps shouldn’t send you to the grave. All grown up, she searches for a man who knows how to love a woman with his heart and not his fists. After years of looking, Yara believes that she finds the embodiment of this philosophy in her boyfriend, Amir, until she discovers that while he may provide physical peace, the mental isn’t there. With her sense of self-worth challenged, Yara is content with loving Amir when Quade comes hurtling into her life.

The youngest of the infamous Townsend Brothers, Quade isn’t your run-of-the-mill hustler. A walking oxymoron, Quade has a baby face with a heart bred cold courtesy of the streets. Quade has been given the gift of sticky fingers, a trap king philosophy, and a trigger finger that hasn’t missed a target yet. When his aim leads him straight into the path of Yara while in the midst of a hit, Quade’s heart melts and he’s drawn to the mysterious Yara, who for some reason unbeknownst to him, can’t stand him. Never one to back down from a challenge, Quade pursues Yara with the same recklessness that he handles business, and it makes for the start of a memorable love affair.

Beneath her expensive clothing and designer handbags, Yara’s best friend, Cashmere, is a woman tired of being kept at the expense of her sanity. While putting on a brave face for the world, Cash hides her frustration with her boyfriend behind her Chanel sunglasses. There’s nothing picture perfect about the couple, and with each of Vito’s antics worse than the last, Cash finds herself seeking a backup plan in the event that her days of being a hustler’s princess are cut short. When Cash is greeted with an opportunity to secure the bag, she jumps at it immediately and finds herself on the path to becoming the queenpin that the streets have been begging for. What’s standing in her way? Savion Townsend. Cash has got it bad for one of the Townsend Brothers, but between forming her own empire and her complicated relationship with Vito, Cash has to decide if she’s willing to risk it all in the name of love.