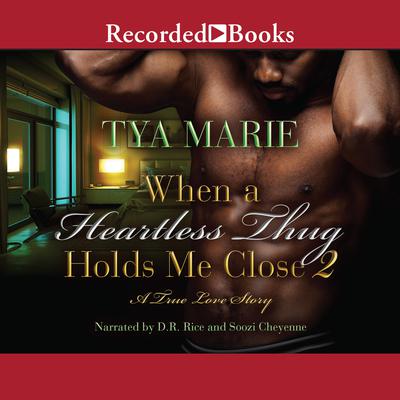 When a Heartless Thug Holds Me Close 2: A True Love Story

The When A Heartless Thug Holds Me Close Series: Book 2

Still reeling from Quade’s near-death experience, Yara handles being the girlfriend of a savage with kid gloves. She showers Quade with the affection he’s been missing while in exchange he gives her the loyalty she’s always craved. Fair exchange quickly becomes robbery when Quade demands more from Yara than she’s able to give, and sends her straight back to the dark times of her childhood. The monsters that haunted Yara’s childhood have nothing on Quade’s wild side, a side of him he’s always been able to suppress but never tame. When their relationship takes a devastating turn, Yara has to decide whether or not love will be enough to salvage a relationship that’s falling apart by the seams. Quade has always lived life recklessly, with his acceptance and encouragement of death a rare trait, but in the eye of the very thing he’s always welcomed with open arms, he finds a new reason to live for: Yara. Her beauty, kind heart, and smart mouth have given him a new reason to live, and only as he accepts it his life is put on the line. Yara helps nurse him back to health, which proves to be a high point in their relationship until they reach the ultimate low. Quade’s inner demons come out to play, demons that he hasn’t relived since he lost the first woman to ever love him unconditionally—his mother. With his actions speaking louder than his words, Quade has to fight one of the toughest battles of his life with an enemy equally as lethal as he is. If he loses, he stands to lose the very woman to make him breathe again. Known jokingly to everyone as an aspiring Griselda Blanco, Cash starts making serious money moves. She’s got a distributor in her pocket, her clientele is expanding, and the styling business she’s been dreaming of is nearly ready to launch. Cash goes from being a kept woman to keeping up with the Joneses, and for everything she has, only one thing is missing: a relationship with Savion Townsend. In order to keep their situationship thriving, Cash piles one lie on top of the other to the point where she doesn’t know what the truth is anymore. And once those money moves turn bloody, Cash finds out exactly how ruthless the game can be when she goes from being the one holding the gun to the one staring down the barrel of it. The second installment of When a Heartless Thug Holds Me Close weaves a story of being stuck on the wrong side of love. Will Quade be able to mend his relationship with Yara? Can Cash command the game and Savion’s heart? And most importantly, when given the opportunity to start over with a man that offers everything Quade has without the baggage will Yara accept, or does her love for Quade run deeper than she imagined?