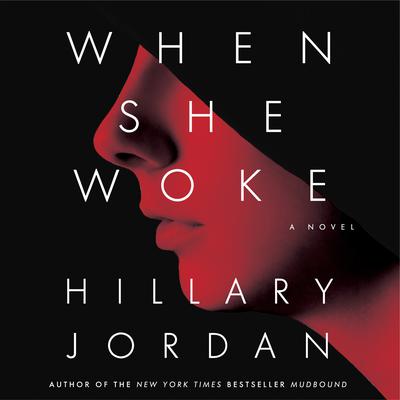 Hannah Payne awakens to a nightmare. She is lying on a table in a bare room, covered only by a paper gown, with cameras broadcasting her every move to millions at home. She is now a convicted criminal, and her skin color has been genetically altered. Her crime, according to the State of Texas: the murder of her unborn child, whose father she refuses to name. Her color: red. The color of newly shed blood.

In Hannah’s America, sometime in the future, faith, love, and sexuality have fallen prey to politics. Convicted felons are no longer imprisoned and rehabilitated, but “chromed,” forced to appear in a new and sinister form of reality TV, and released back into the population. Stigmatized in a hostile world, they must survive the best they can.

Until her arrest, Hannah had devoted her life to church and family. In seeking a path to safety, she is forced to question the values she once held true and the righteousness of a country that politicizes the personal.

Hillary Jordan is the author of Mudbound, winner of the 2006 Bellwether Prize for fiction and an Alex Award from the American Library Association. She grew up in Dallas, Texas, and Muskogee, Oklahoma, and received her MFA in Creative Writing from Columbia University. She lives in New York City.