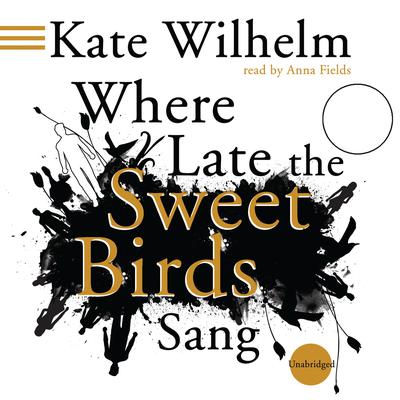 Where Late the Sweet Birds Sang

Winner of the 1977 Locus Award for Best Novel

Winner of the 1977 Hugo Award for Best Novel

Nominated for the 1976 Nebula Award for Best Novel

When the first warm breeze of Doomsday came wafting over the Shenandoah Valley, the Sumners were ready. Using their enormous wealth, the family had forged an isolated post-holocaust citadel. Their descendants would have everything they needed to raise food and do the scientific research necessary for survival. But the family was soon plagued by sterility, and the creation of clones offered the only answer. And that final pocket of human civilization lost the very human spirit it was meant to preserve as man and mannequin turned on one another.

Sweeping, dramatic, rich with humanity, and rigorous in its science,Where Late the Sweet Birds Sangis widely regarded as a high point of both humanistic and hard science fiction. It won science fiction’s Hugo Award and Locus Award on its first publication and is as compelling today as it was then.

“Kate Wilhelm’s cautionary message comes through loud and clear.” —New York Times
“The best novel about cloning written to date.” —Locus
“One of the best treatments of cloning in SF.” —New Encyclopedia of Science Fiction
“Tracing an isolated community’s perilous experiments in cloning, Where Late the Sweet Birds Sang may be very much of its moment, but it also has strong warnings—and hopeful messages—about human nature and humanity’s future in the wake of an environmental cataclysm.” —Portalist