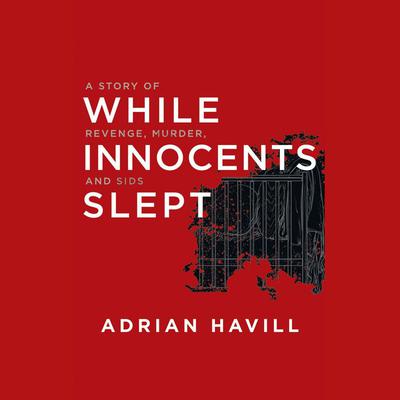 While Innocents Slept: A Story of Revenge, Murder, and SIDS

Death seemed to be part of Garrett Wilson's life. Both of his parents had died by the time he was in his early twenties. So friends shrugged when sadly, an infant daughter, and then a son, succumbed to Sudden Infant Death Syndrome. Six years later, after he divorced his wife, Missy, and married another woman, his former spouse became convinced that their child's passing was anything but natural.

Was it cold-blooded murder by Garrett, or a quest for revenge by his ex-wife? Missy's own investigation that led to Garrett Wilson's arrest and eventual trial will keep the reader guessing until the final pages. Havill takes us through each stage of this intricate and chilling story all the way to the courtroom, where the jury's stunning verdict is given.

Acclaimed author Adrian Havill conducted nineteen in-person interviews with the accused both before and after his trial. He had full access to both the defense and prosecution teams. The result is an unprecedented look at a murder investigation and an edge-of-the-seat real-life medical thriller that stretches from Maryland to Texas and Florida.

Adrian Havill is the author of The Mother, The Son, And the Socialite: The True Story of a Mother-Son Crime. He has also written several biographies, including The Last Mogul: The Unauthorized Biography of Jack Kent Cooke, Deep Truth: The Lives of Bob Woodward and Carl Bernstein, Man of Steel: The Career and Courage of Christopher Reeve, and contributed to Juice: The O.J. Simpson Tragedy. He lives in Virginia with his wife, Georgiana. They have two children.