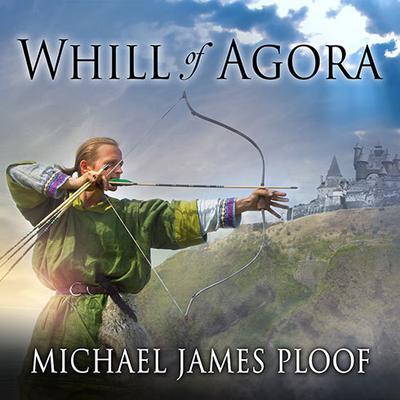 The Legends of Agora Series: Book 1

It is the year 5170 in the land Agora, where humans, dwarves, and elves have existed in peace for centuries. Now, however, the human King Addakon has invaded and waged war on neighboring Isladon. The once peaceful Kingdoms of Agora are on the brink of continental war. The Dark Elf Eadon and his army of Dragon-Elf crossbreeds, the Draggard, threaten to conquer all kingdoms. Enter young Whill, a nineteen-year-old ranger with battle savvy and untapped abilities. Having spent years roaming Agora and training with his mentor Abram, Whill has become a bright intellectual and a master of combat. What he seeks most, however, is the identity of his birth parents. Instead, he finds a tumultuous terrain and a prophecy placing him in the center of the struggle. Along the way, Whill encounters an equally inspired group of companions that are matched in skill and mission. With high adventure and fierce friendship, Whill of Agora will capture your imagination and grip your heart during every super-charged escapade that Agora’s bold and grinning brotherhood embraces.

Michael James Ploof is the author of numerous novels, including the Legends of Agora series and the Sock Gnome Chronicles. His hobbies include reading, cooking, gardening, researching the spiritual and mental enslavement of his fellow humans, working out, and playing guitar, bass, and drums.