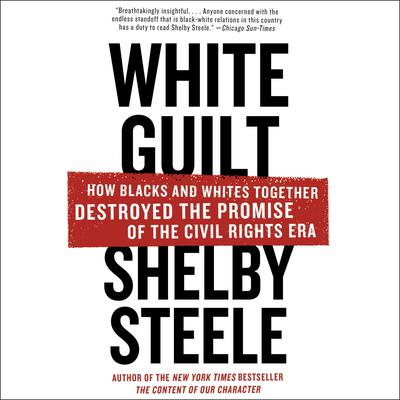 White Guilt: How Blacks and Whites Together Destroyed the Promise of the Civil Rights Era

"Not unlike some of Ralph Ellison’s or Richard Wright’s best work. White Guilt, a serious meditation on vital issues, deserves a wide readership.” — Cleveland Plain Dealer

In 1955 the killers of Emmett Till, a black Mississippi youth, were acquitted because they were white. Forty years later, despite the strong DNA evidence against him, accused murderer O. J. Simpson went free after his attorney portrayed him as a victim of racism. The age of white supremacy has given way to an age of white guilt—and neither has been good for African Americans.

“As delightful a read as one can find on a book devoted to America’s historically most contentious topic.” —New York Post