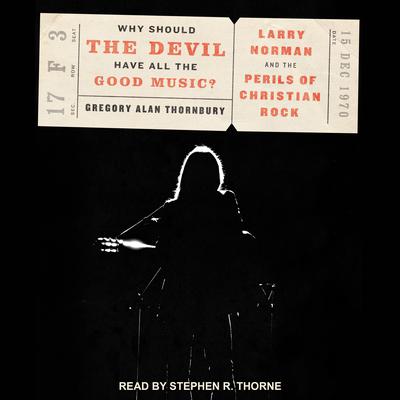 Why Should the Devil Have All the Good Music?: Larry Norman and the Perils of Christian Rock

In 1969, in Capitol Records' Hollywood studio, a blonde-haired troubadour named Larry Norman laid track for an album that would launch a new genre of music and one of the strangest, most interesting careers in modern rock. Having spent the bulk of the 1960s playing on bills with acts like the Who, Janis Joplin, and the Doors, Norman decided that he wanted to sing about the most countercultural subject of all: Jesus.

Billboard called Norman "the most important songwriter since Paul Simon," and his music would go on to inspire members of bands as diverse as U2, the Pixies, Guns 'N Roses, and more. To a young generation of Christians who wanted a way to be different in the American cultural scene, Larry was a godsend—spinning songs about one's eternal soul as deftly as he did ones critiquing consumerism, middle-class values, and the Vietnam War. To the religious establishment, however, he was a thorn in the side; and to secular music fans, he was an enigma.

In Why Should the Devil Have all the Good Music?, Gregory Alan Thornbury draws on unparalleled access to Norman's personal papers and archives to narrate the conflicts that defined the singer's life, as he crisscrossed the developing fault lines between Evangelicals and mainstream American culture—friction that continues to this day.

“Draws Norman beautifully, empathetically, and realistically.” —Allison Moorer, Grammy-nominated singer and songwriter
“You don’t need to know anything about Larry Norman to be fascinated by the story of his high wire act as a Christian artist.” —Peter Thiel, author of Zero to One

Gregory Alan Thornbury has been a college professor, dean, and president of The King’s College in New York City. A popular writer and speaker on philosophy, religion, and contemporary culture, he currently serves at the New York Academy of Art.