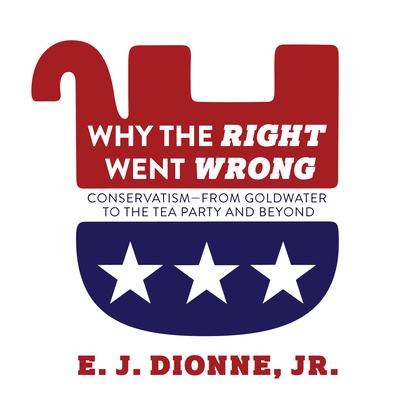 Why the Right Went Wrong: Conservatism From Goldwater to the Tea Party and Beyond

Why the Right Went Wrong offers a historical view of the right since the 1960s. Its core contention is that American conservatism and the Republican Party took a wrong turn when they adopted Barry Goldwater's worldview during and after the 1964 campaign.

Since 1968, no conservative administration could live up to the rhetoric rooted in the Goldwater movement that began to reshape American politics fifty years ago. The collapse of the Nixon presidency led to the rise of Ronald Reagan, the defeat of George H. W. Bush, and Newt Gingrich's revolution. Bush initially undertook a partial modernization, preaching "compassionate conservatism." Conservatives quickly defined him as an advocate of "big government" and not conservative enough on spending, immigration, education, and Medicare. A return to the true faith was the only prescription on order. The result was the Tea Party.

The state of the Republican party, controlled by the strictest base, is diminished, E. J. Dionne, Jr., writes. It has become white and older in a country that is no longer that. It needs to come back to life for its own health and that of the country's, and in Why the Right Went Wrong, he explains how.

E. J. Dionne Jr. is an American journalist and political commentator and a long-time op-ed columnist for the Washington Post. He is also a senior fellow in governance studies at the Brookings Institution, University Professor in the Foundations of Democracy and Culture at McCourt School of Public Policy, a senior research fellow at Saint Anselm College, and a commentator for NPR. His published works include the influential bestseller Why Americans Hate Politics, They Only Look Dead, Souled Out, and Stand Up, Fight Back. He lives in Bethesda, Maryland.