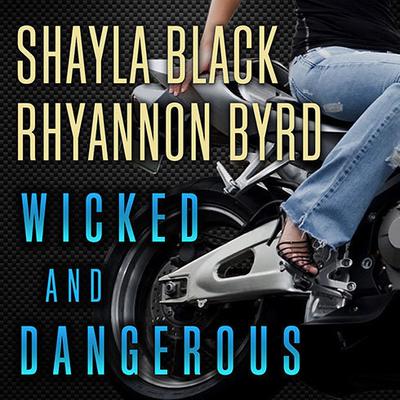 By Shayla Black and Rhyannon Byrd
Read by Aletha George

There are men—and then there are MEN. Ones who protect and pursue, who demand and desire, who know what they want and unapologetically take it—in life and in love. Now, New York Times bestselling author Shayla Black and Rhyannon Byrd team up to deliver sizzling stories of suspense and seduction, as two women let their longings loose—and go head-to-head and body-to-body with the men who ignite their passion. "Wicked All Night" by Shayla Black: A sweet school teacher who changed towns, jobs, and lives after her divorce decides to take a lover. She hooks up with a bodyguard whose talents under the sheets make her melt. Until she learns that his motives are just as dangerous as they are wicked . . . "Make Me Yours" by Rhyannon Byrd: After her father is murdered, a woman finds herself next on the kill list—and forced to reconnect with the one man who can keep her alive. And as danger stalks her, she'll surrender herself to the lawman whose every touch leaves her breathless and exposed . . .

“Steamy sex is always on the menu when it comes to these authors, and readers will appreciate them not glossing over the intimate details. The storylines in both tales are page-turners with enough drama to keep you riveted.” —RT Book Reviews