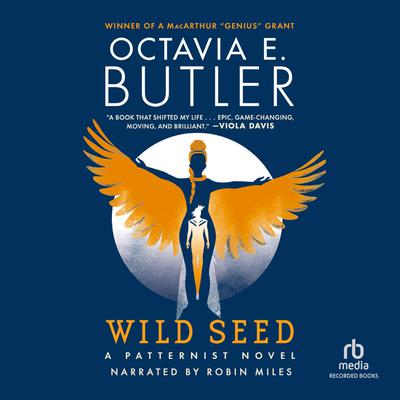 As the acclaimed Patternist science fiction series begins, two immortals meet in the long-ago past-and mankind's destiny is changed forever. For a thousand years, Doro has cultivated a small African village, carefully breeding its people in search of seemingly unattainable perfection. He survives through the centuries by stealing the bodies of others, a technique he has so thoroughly mastered that nothing on Earth can kill him. But when a gang of New World slavers destroys his village, ruining his grand experiment, Doro is forced to go west and begin anew. He meets Anyanwu, a centuries-old woman whose means of immortality are as kind as his are cruel. She is a shapeshifter, capable of healing with a kiss, and she recognizes Doro as a tyrant. Though many humans have tried to kill them, these two demi-gods have never before met a rival. Now they begin a struggle that will last centuries and permanently alter the nature of humanity.

Octavia E. Butler (1947–2006) was an American science fiction and fantasy writer, one of very few African American women in the field. She won both the Hugo and Nebula Awards and in 1995 was the first science fiction writer ever to receive the MacArthur Foundation “Genius” grant.