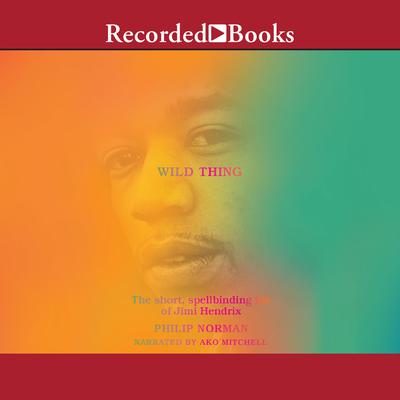 An Amazon Editor’s Top Pick of the Year in Biographies

A Publishers Weekly Best Book of 2020

A shattering new biography of rock music’s most outrageous―and tragic―genius.

Over fifty years after his death, Jimi Hendrix (1942–1970) is celebrated as the greatest rock guitarist of all time. But before he was setting guitars and the world aflame, James Marshall Hendrix was a shy kid in Seattle, plucking at a broken ukulele and in fear of a father who would hit him for playing left-handed. Bringing Jimi’s story to vivid life against the backdrop of midcentury rock, and with a wealth of new information, acclaimed music biographer Philip Norman delivers a captivating and definitive portrait of a musical legend.

Drawing from unprecedented access to Jimi’s brother, Leon Hendrix, who provides disturbing details about their childhood, as well as Kathy Etchingham and Linda Keith, the two women who played vital roles in Jimi’s rise to stardom, Norman traces Jimi’s life from playing in clubs on the segregated Chitlin’ Circuit, where he encountered daily racism, to barely surviving in New York’s Greenwich Village, where was taken up by the Animals’ bass player Chas Chandler in 1966 and exported to Swinging London and international stardom.

For four staggering years, from 1966 to 1970, Jimi totally rewrote the rules of rock stardom, notably at Monterey and Woodstock (where he played his protest-infused rendition of the “Star-Spangled Banner”), while becoming the highest-paid musician of his day. But it all abruptly ended in the shabby basement of a London hotel with Jimi’s too-early death. With remarkable detail, Wild Thing finally reveals the truth behind this long-shrouded tragedy.

Norman’s exhaustive research reveals a young man who was as shy and polite in private as he was outrageous in public, whose insecurity about his singing voice could never be allayed by his instrumental genius, and whose unavailing efforts to please his father left him searching for the family he felt he never truly had. Filled with insights into the greatest moments in rock history, Wild Thing is a mesmerizing account of music’s most enduring and endearing figures.

“Norman’s entertaining, psychedelically tinged portrait shows why Hendrix made such a deep impression on rock ’n’ roll.” —Publishers Weekly (starred review)
“As a biography of the legendary ax man, this is the one…Essential for music collections and anyone interested in Hendrix or music of the 1960s.” —Library Journal (starred review)
“Iin Norman’s hands, [Hendrix’s] life becomes even more astounding thanks to an abundance of rich details.” —New York Times Book Review
“Wild Thing succeeds, sometimes spectacularly, is in its retelling of the Hendrix fairy tale:” —The Atlantic
“From the opening lines of this moving audiobook, listeners will know that narrator Ako Mitchell has an artist’s appreciation for 1960s music legend Jimi Hendrix. With deliberate diction and dramatic pacing, Mitchell, nevertheless, sounds authentic and relaxed—a combination of narrating strengths that takes Phillip Norman’s excellent writing to another level…Winner of the AudioFile Earphones Award.” —AudioFile