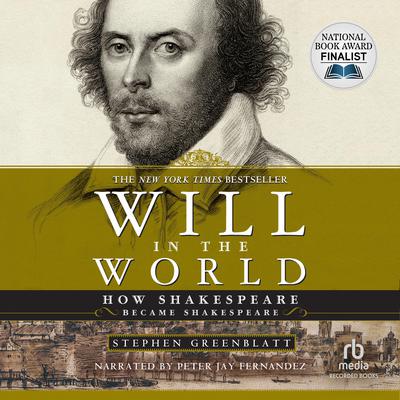 Finalist for the 2005 Pulitzer Prize for Biography

Will in the World interweaves a searching account of Elizabethan England with a vivid narrative of the playwright's life. We see Shakespeare learning his craft, starting a family, and forging a career for himself in the wildly competitive London theater world, while at the same time grappling with dangerous religious and political forces that took less-agile figures to the scaffold. The basic biographical facts of Shakespeare's life have been known for over a century, but now Stephen Greenblatt shows how this particular life history gave rise to the world's greatest writer.

Stephen Greenblatt, PhD, is Cogan University Professor of the Humanities at Harvard University. General editor of The Norton Shakespeare, he is also the author of several books. He has edited seven collections of criticism, including Cultural Mobility: A Manifesto, and is a founding coeditor of the journal Representations. His honors include the MLA’s James Russell Lowell Prize for Shakespearean Negotiations: The Circulation of Social Energy in Renaissance England, the Distinguished Humanist Award from the Mellon Foundation, the Wilbur Cross Medal from the Yale University Graduate School, the William Shakespeare Award for Classical Theatre, the Erasmus Institute Prize, two Guggenheim Fellowships, and the Distinguished Teaching Award from the University of California, Berkeley. He was president of the Modern Language Association of America and is a fellow of the American Academy of Arts and Sciences, the American Philosophical Society, and the American Academy of Arts and Letters.