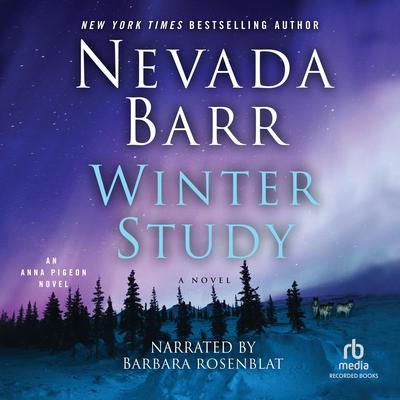 It is January, and Park Ranger Anna Pigeon is sent to Isle Royale in Lake Superior to learn about managing and understanding wolves, as her home base of Rocky Mountain National Park might soon have its own pack of the magnificent, much- maligned animals. She's lodging in the island's bunkhouse with the famed wolf study team, along with two scientists from Homeland Security, who are assessing the study with an eye to opening the park in the winters - an act that would effectively bring an end to the fifty-year project - so that the area can be manned to secure the scrap of border with Canada. Soon after Anna's arrival, the wolf packs under observation begin to behave in peculiar ways. Giant wolf prints are found, and Anna spies the form of a great wolf from a surveillance plane. The discovery of wolf scat containing alien DNA leads the group to believe that perhaps a wolf/dog hybrid has been introduced to the island. When a female member of the team is savaged, Anna is convinced she is being stalked, and what was once a beautiful, idyllic refuge becomes a place of unnatural occurrences and danger beyond the ordinary. Alone on an island without electricity or running water, with temperatures hovering around zero both day and night, Anna fights not only for the wolves but for her own survival as well

“This is Barr's first book in three years, and she seems to have been saving up all the special effects. The blizzards, the dangerous ice and the manhunts through the frozen woods are described with crisp, hard-edged beauty. And the wolves, those maligned ‘ogres of childhood,’ are magnificent.” —New York Times
“Barr's visceral descriptions of the winter cold nicely complement the paranoia that follows the appearance of the mythic monsters at play.” —Publishers Weekly
“What many readers return to this series for is Anna herself, strong, funny, perceptive, and well aware that she is a small part of a dynamic, ever-changing natural world.”  —Booklist
“Narrator Barbara Rosenblat is exemplary yet again, capturing the tension and menace as well as the fear. The series isn't suffering from Anna's aging or her marriage.” —Library Journal
“Barbara Rosenblat delivers a smashing performance of this suspense novel filled with strong characters and the stark beauty of Isle Royale in Lake Superior… The story is fast-paced and action-packed.” —AudioFile