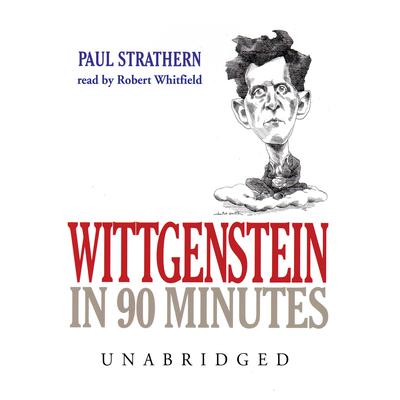 If we accept Wittgenstein's word for it, he is the last philosopher. In his view, philosophy in the traditional sense was finished.

Ludwig Wittgenstein was a superb logician who distrusted language and sought to solve the problems of philosophy by reducing them to logic. All else—metaphysics, aesthetics, ethics, finally even philosophy itself—was excluded. "What we cannot speak about," he declared, "we must pass over in silence."

InWittgenstein in 90 Minutes, Paul Strathern offers a concise, expert account of Wittgenstein's life and ideas and explains their influence on man's struggle to understand his existence in the world. The book also includes selections from Wittgenstein's work, a brief list of suggested readings for those who wish to delve deeper, and chronologies that place Wittgenstein within his own age and in the broader scheme of philosophy.