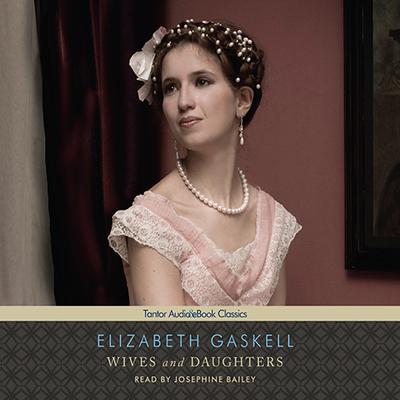 Wives and Daughters, Elizabeth Gaskell's last novel, is regarded by many as her masterpiece. Molly Gibson is the daughter of the doctor in the small provincial town of Hollingford. Her widowed father marries a second time to give Molly the woman's presence he feels she lacks, but until the arrival of Cynthia, her dazzling stepsister, Molly finds her situation hard to accept. Intertwined with the story of the Gibsons is that of Squire Hamley and his two sons. As Molly grows up and falls in love, she learns to judge people for what they are, not what they seem. Through Molly's observations the hierarchies, social values, and social changes of early-nineteenth-century English life are made vivid in a novel that is timeless in its representation of human relationships.

Elizabeth Gaskell (1810–1865) was an English novelist and short-story writer born in London and raised in Knutsford, Cheshire, which became the model for village settings in her novels. In 1832 she married William Gaskell, a Unitarian minister. Her first novel, Mary Barton, published in 1848, was immensely popular and brought her to the attention of Charles Dickens, who solicited her work for his periodical, Household Words, for which she wrote the series subsequently reprinted as Cranford.