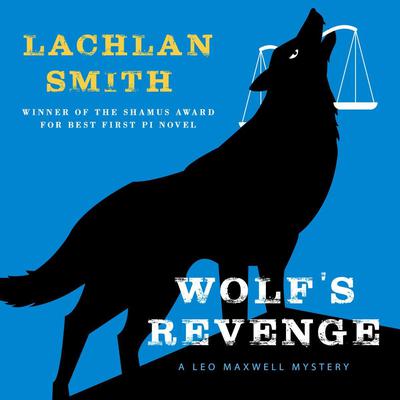 In Wolf's Revenge, the fifth novel in Lachlan Smith's Shamus Award-winning series, attorney-detective Leo Maxwell seeks an exit strategy from his family's deepening entanglement with a ruthless prison-based gang. Caught between the criminals and the FBI, Leo charts his own path in defending a young woman who was manipulated into brazenly murdering a member of the Aryan Brotherhood in San Francisco's Tenderloin neighborhood. When the consequences strike heartbreakingly close to home, Leo, his brother Teddy, and the rest of the family are forced into a winner-takes-all confrontation with men who don't care how many innocents they harm in achieving their goals. As Leo's world collapses, long-held secrets are revealed, transforming his perspective on the aftermath of the tragedy that derailed his childhood and fractured his family twenty-one years ago.

Leo comes to realize there's no such thing as fair play in the battle against a prison gang that's already being punished to the full extent of the law. The question then becomes who will get revenge first—the Maxwells or the sadistic gang leader who pursues them?

Lachlan Smith was a Stegner Fellow at Stanford and received an MFA from Cornell. His fiction has appeared in the Best New American Voices series. In addition to writing novels, he is an attorney practicing in the area of civil rights and employment law.