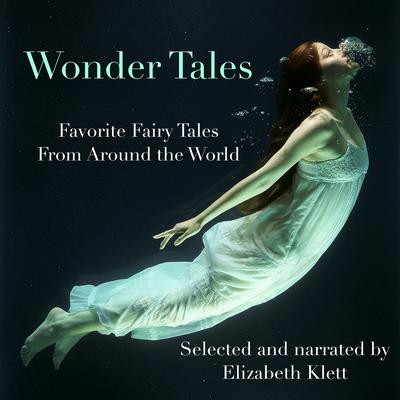 Wonder Tales: Favorite Fairy Tales From Around the World

This collection of forty fairy tales contains well-known favorites from authors like the Brothers Grimm, Hans Christian Andersen, Oscar Wilde, Charles Perrault, Madame de Beaumont, and Joseph Jacobs. It also collects rare gems from folk tale traditions around the world, from Germany to China, from Scandinavia to Arabia, from Russia to Japan, and from Italy to Canada. These beautiful, frightening, funny, romantic, and whimsical stories will introduce you to princesses in peril, beastly brides and grooms, adults and children behaving badly, daring and adventurous girls, and clever and devious tricksters. These wondrous tales will be enjoyed by listeners both young and old.

Oscar Wilde (1854–1900) was born in Dublin. He won scholarships to both Trinity College, Dublin, and Magdalen College, Oxford. In 1875, he began publishing poetry in literary magazines, and in 1878, he won the coveted Newdigate Prize for English poetry. He had a reputation as a flamboyant wit and man-about-town. After his marriage to Constance Lloyd in 1884, he tried to establish himself as a writer, but with little initial success. However, his three volumes of short fiction, The Happy Prince, Lord Arthur Savile’s Crime, and A House of Pomegranates, together with his only novel, The Picture of Dorian Gray, gradually won him a reputation as a modern writer with an original talent. That reputation was confirmed and enhanced by the phenomenal success of his society comedies: Lady Windermere’s Fan, A Woman of No Importance, An Ideal Husband, and The Importance of Being Earnest, all performed on London’s West End stage between 1892 and 1895. In 1895, he was convicted of engaging in homosexual acts, which were then illegal, and sentenced to two years imprisonment with hard labor. He soon declared bankruptcy, and his property was auctioned off. In 1896, he lost legal custody of his children. When his mother died that same year, his wife Constance visited him at the jail to bring him the news. It was the last time they saw each other. In the years after his release, his health deteriorated. In November 1900, he died in Paris at the age of forty-six.

Hans Christian Andersen (1805–1875) was born in Odense, Denmark, the son of a poor shoemaker and a washerwoman. As a young teenager, he became quite well known in Odense as a reciter of drama and as a singer. When he was fourteen, he set off for the capital, Copenhagen, determined to become a national success on the stage. He failed miserably, but made some influential friends in the capital who got him into school to remedy his lack of proper education. In 1829 his first book was published. After that, books came out at regular intervals. His stories began to be translated into English as early as 1846. Since then, numerous editions, and more recently Hollywood songs and Disney cartoons, have helped to ensure the continuing popularity of the stories in the English-speaking world.

The Brothers Grimm were German academics, linguists, cultural researchers, and authors. They are among the most well-known storytellers of European folk tales, and their work popularized such stories as “Cinderella,” “The Frog Prince,” “Hansel and Gretel,” “Rapunzel,” “Rumpelstiltskin,” and “Snow White.” Their first collection of folk tales, Children’s and Household Tales, was published in 1812. The popularity of the Grimms’ collected folk tales has endured well beyond their lifetimes. The tales are available in hundreds of translations and have been made into popular Disney films, including Snow White and the Seven Dwarfs, Sleeping Beauty, and Cinderella.

Charles Perrault (1628–1703) was a French author and intellectual. Known as a founding writer of the fairy tale genre, he rewrote numerous folk tales, including Sleeping Beauty, Cinderella, Little Red Riding Hood, Blue Beard, and Puss in Boots. His stories, which continue to enjoy worldwide acclaim, have been adapted to opera, ballet, theater, and film.

Joseph Jacobs, (1854–1916) was an Australian-born English folklore scholar, one of the most popular nineteenth-century adapters of children’s fairy tales. He was also a historian of pre-expulsion English Jewry, a historian of Jewish culture, and a literary scholar.