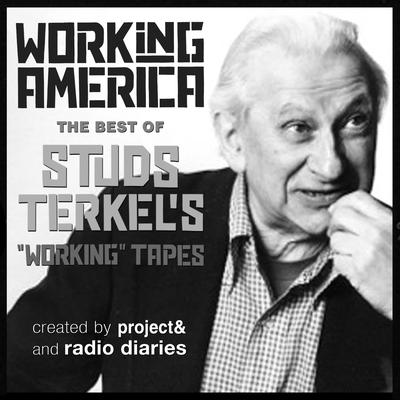 Working in America: The Best of Studs Terkel's Working Tapes

The complete audio documentary as broadcast by NPR, plus exclusive bonus interviews and commentary.

In the early 1970’s, author and radio host Studs Terkel went around the country with a reel-to-reel tape recorder interviewing people about their jobs. The result was the bestselling book Working. The great interviewer of his day, Terkel celebrated the uncelebrated, and Working elevated the stories of ordinary people and their daily lives.

For over four decades, the Working tapes were packed away in Terkel's home office and remained unheard—until now. Partnering with the Chicago History Museum and the Studs Terkel Archives, Project& was given exclusive access to the original recordings and spent a year working with Radio Diaries preparing them for the world to hear as part of the national multimedia initiative, Working in America. The result is a stunning audio documentary that captures the voices of Americans from vastly different backgrounds, each reflecting on the rewards, the challenges, and the often surprising value of work in their lives. Four decades later, we hear from some of these same people as they reflect on their original interviews—and on the startling changes in their lives since.

Studs Terkel won the Pulitzer prize in 1985 for his interviews with ordinary people in such books as Working, The Good War, and Hard Times. Often called an Oral Historian, Studs Terkel preferred to be known for playing music on the radio.