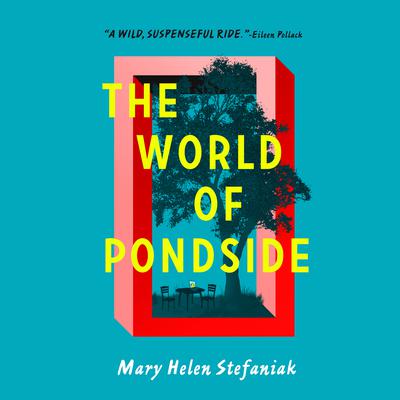 The World of Pondside: A Novel

One-legged Duane Lotspeich is overjoyed when he can once again dance the tango. Thrilled octogenarian Laverne Slotnick cheers on her favorite baseball team from the stands at Candlestick Park with her beloved husband—who died years ago. Even the rest home’s overwhelmed head administrator escapes her exhausting job by logging onto a much more luxurious virtual world.

Robert’s game may have enlivened the halls of Pondside Manor, but chaos ensues when he’s discovered dead, strapped in his wheelchair and drowned in the rest home’s pond. If any resident witnessed his death, they’re not telling—either covering up or quite possibly just forgetting. And it’s far from clear to anyone—much less the police—if this brilliant man’s death was suicide or murder. After all, who’d want to kill a dying ALS patient?

When Robert’s popular video game goes dark, its players grow desperate. The task of getting it back online falls to tattooed kitchen worker Foster, who enlists help from a raucous bunch of misfits suffering from various stages of dementia and other age-related afflictions. Their pursuit—virtual and real—has unintended consequences, uncovering both a criminal conspiracy and the dying wishes of Foster’s friend Robert. From Pondside Manor, an astonishing journey is embarked upon—blissful, treacherous, and unforgettable.

I devoured THE WORLD OF PONDSIDE, cover to cover. There was really no way to stop. A mystery pulls us in and carries us while Stefaniak turns us this way and that, peeling back layers, giving us a view of life in a nursing home that we’ve never seen this close, this personally. Immediately engaging and perfectly phrased in Mary Helen Stefaniak’s consummately comic voice, this novel will shake you to your core. There is no turning back once you’ve opened the cover. It’s a wonderful book. —Pete Fromm, author of A Job You Mostly Won’t Know How to Do and If Not for This
This is a really wonderful, wonderfully funny book. I laughed more times than anyone could count. Nearly every sentence has a grin to it, or a touch of wit, or just something unexpected. The World of Pondside delivers what I have always looked for in novels but haven’t seen in years and years: the freshness and the lovely sentences and all the funny stuff. The joy of life always finds a way to shine through. —Mike Magnuson, author of LUMMOX: The Evolution of a Man and The Right Man for the Job
With infinite compassion and great good humor, Mary Helen Stefaniak takes us on a wild, suspenseful ride through a world most of us normally shy away from. A high-tech thriller set in a nursing home, The World of Pondside will cause you to rethink everything you thought you knew about old people and those who care for them. Deeply moving, as heart-poundingly suspenseful as the best video games … and just plain fun. —Eileen Pollack, author of The Professor of Immortality 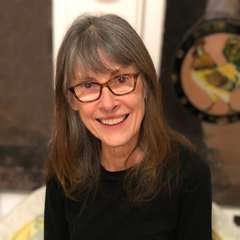 Mary Helen Stefaniak is the prizewinning author of The Turk and My Mother and Self Storage and Other Stories. She lives in Omaha and Iowa City.