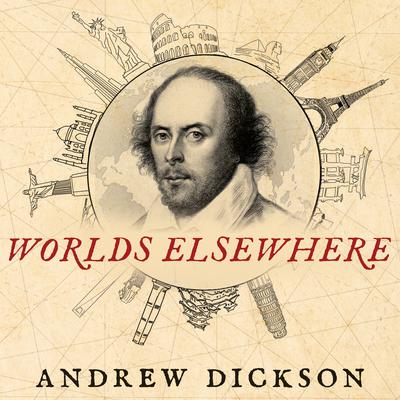 There are 83 copies of the First Folio in a vault beneath Capitol Hill, the world's largest collection. Well over 150 Indian movies are based on Shakespeare's plays—more than in any other nation. If current trends continue, there will soon be more high school students reading The Merchant of Venice in Mandarin Chinese than in early-modern English. Why did this happen, and how? Ranging ambitiously across four continents and 400 years, Worlds Elsewhere is an eye-opening account of how Shakespeare went global. Seizing inspiration from the playwright's own fascination with travel, foreignness, and distant worlds, Dickson takes us on an extraordinary journey—from Hamlet performed by English actors tramping through Poland in the early 1600s to twenty-first-century Shanghai, where Shashibiya survived Mao's Cultural Revolution to become an honored Chinese author.

Both a cultural history and a literary travelogue, the first of its kind, Worlds Elsewhere explores how Shakespeare became the world's writer, and how his works have changed beyond all recognition during the journey.

“The 400th anniversary of the death of the man from Stratford-upon-Avon is a fitting moment for the publication of this beautifully written book, which is at once travelogue, history, literary analysis and love song…wonderfully atmospheric”―Wall Street Journal —
“Learning and assimilated high culture…mark out Andrew Dickson’s wonderfully imaginative Worlds Elsewhere….a true travel book, of the best kind.”―New York Times Book Review —
“Dickson’s exploration of how Shakespeare’s works were received, used, and altered in five nations worldwide is part travelogue, part cultural history. Because he details the process of searching out his material, it’s appropriate that he narrate the account himself and fortunate that he does it well. In expressiveness, skill at pacing, and ability to convey meaning, he holds his own as compared to professional narrators. He does an admirable job of acting when quoting from Shakespeare. At times, he falls into repetitive intonation patterns, understandably, but it never becomes off-putting. Rather, his ability to convey surprise, wonder, intrigue, and the like with appropriate energy and vividness brings a fair amount of charm to this interesting and enlightening book.” —AudioFile
Dickson's journey of discovery is surely the book of the year for Shakespeareans and many others. —Booklist Starred Review

Andrew Dickson is a freelance copywriter and director as well as a performer and public speaker based in Portland, Oregon.

He primarily works with advertising agencies and companies as some combination of a copywriter, creative director, creative consultant, or commercial director. More about that below.

He also hosts storytelling events for The Moth, and is a regular emcee and auctioneer for non-profit galas, award shows, political rallies, and public schools looking to raise money to hire an extra teacher. He loves being on stage and especially enjoys facilitating, be it to raise money, build awareness, or simply to make sure everyone else on stage is being heard. No matter the event, he makes sure everyone in the audience is having a great time.

Additionally, he’s a SAG actor and voice-over, ran WK12 for 3 years and has taught and mentored at the college and graduate level, was an internationally touring performance artist, and is kind of sort of a life coach.