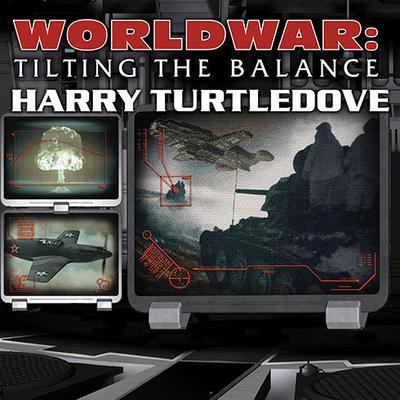 No one could stop them—not Stalin, not Togo, not Churchill, not Roosevelt... The invaders had cut the United States virtually in half at the Mississippi, vaporized Washington, D.C., devastated much of Europe, and held large parts of the Soviet Union under their thumb. But humanity would not give up so easily. The new world allies were ruthless at finding their foe's weaknesses and exploiting them. Whether delivering supplies in tiny biplanes to partisans across the vast steppes of Russia, working furiously to understand the enemy's captured radar in England, or battling house to house on the streets of Chicago, humankind would never give up. Yet no one could say when the hellish inferno of death would stop being a war of conquest and turn into a war of survival—the very survival of the planet...

Turtledove's thorough command of storytelling and historiography...assure us that this is an irresistibl[e] book. —Booklist Starred Review
“Historic and fictional characters blend seamlessly in this superbly crafted, compelling venture into speculative history.” —Library Journal