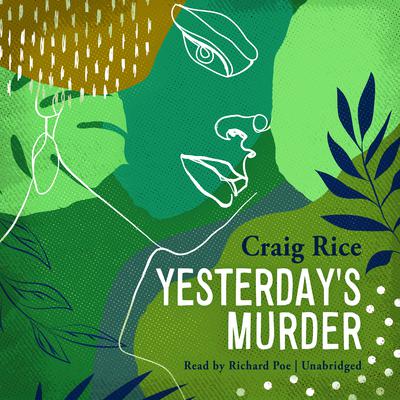 From the author of the John J. Malone Mysteries: An estranged relative becomes heir to a Chesapeake Bay fortune—and his family’s ghostly history.

If it hadn’t been for his great-uncle Philip, David Telefair would’ve grown up unwanted, forlorn, and poverty stricken in a New England parsonage. But for twenty years, David’s generous benefactor paid for his education, yearly summer camps, living expenses as he grew older, and any amenities he ever needed. Odd that David had never spoken to him in his entire life. Odder still that after all this time, the aging Philip has now extended an invitation for David to meet him at his isolated estate on Telefair Island in the Chesapeake.

From the moment David arrives, something feels … off. First was the local minister’s daughter’s queer way of describing David’s visit: inevitable; then the unaccountable loathing in the eyes of a Telefair servant; and finally a perilously pale female cousin who welcomes David with a warning: “You ought never to have come.” This is less a family reunion than an ingeniously designed trap of murder, madness, and nasty family secrets.

This stand-alone novel by Craig Rice, the first mystery writer ever to appear on the cover of Time magazine, is “an incredible tale … where ghosts still pull the strings of human lives, where revenge and hate outlast a generation and punishment is insidiously prolonged … a haunting sense of impending gloom” (Kirkus Reviews).