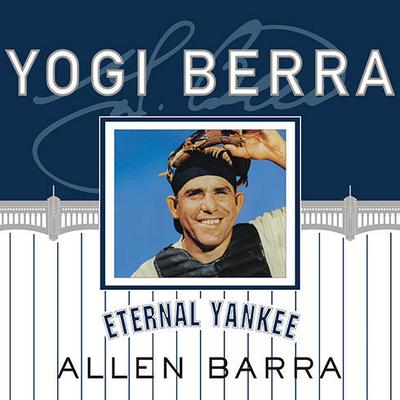 Yogi Berra is one of the most popular former athletes in American history and the most quoted American since Abraham Lincoln. Part comedian, part feisty competitor, Berra is also the winningest player in baseball history, with fourteen pennants, ten World Series, and three MVPs. In this revelatory biography, Allen Barra presents Yogi's remarkable life as never seen before, from his childhood in "Dago Hill," the Italian-American neighborhood in St. Louis; to his leading role on the 1949–1953 Yankees, the only team to win five consecutive World Series; to the travails of the 1964 pennant race; through his epic battles and final peace with George Steinbrenner. This biography, replete with countless "Yogi-isms," offers hilarious insights into many of baseball's greatest moments. From calling Don Larsen's perfect game to managing the 1973 "You Gotta Believe" New York Mets, Yogi's life and career are a virtual cutaway view of our national pastime in the twentieth century.

A competent and comprehensive job, with enough stories and statistics to satisfy the most fervent fan. —The Washington Post

Allen Barra is the author of Inventing Wyatt Earp, The Last Coach, and Yogi Berra, as well as several essay collections. He is a regular contributor to such publications as the Wall Street Journal, Daily Beast, and Salon.