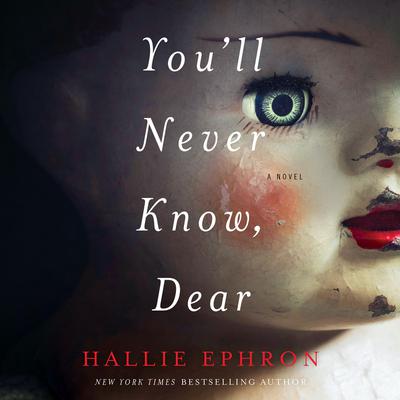 An addictive novel of psychological suspense from the award-winning author of Night Night, Sleep Tight, about three generations of women haunted by a little girl’s disappearance, and the porcelain doll that may hold the key to the truth . . .

Seven-year-old Lissie Woodham and her four-year-old sister Janey were playing with their porcelain dolls in the front yard when an adorable puppy scampered by. Eager to pet the pretty dog, Lissie chased after the pup as it ran down the street. When she returned to the yard, Janey’s precious doll was gone . . . and so was Janey.

Forty years after Janey went missing, Lis—now a mother with a college-age daughter of her own—still blames herself for what happened. Every year on the anniversary of her sister’s disappearance, their mother, Miss Sorrel, places a classified ad in the local paper with a picture of the toy Janey had with her that day—a one-of-a-kind porcelain doll—offering a generous cash reward for its return. For years, there’s been no response. But this year, the doll came home.

It is the first clue in a decades-old mystery that is about to turn into something far more sinister—endangering Lis and the lives of her mother and daughter as well. Someone knows the truth about what happened all those years ago, and is desperate to keep it hidden.

“Ephron’s latest is a uniquely intriguing mystery…The suspenseful portions are fast paced, and the reader will race to find out how things will play out.” —RT Book Reviews (4 stars)
“Strong characters and vivid sense of place.” —Booklist
“Would have been a great vehicle for Bette Davis and Joan Crawford, including all the slightly creepy dolls.” —Kirkus Reviews
“[A] captivating thriller.” —Publishers Weekly (starred review) on Night Night, Sleep Tight
“Superb suspense and unforgettable characters make this an absolute must-read.” —Tess Gerritsen, New York Times bestselling author, on There Was an Old Woman
“[A] richly atmospheric tale.” —USA Today on Never Tell a Lie
“Hallie Ephron has achieved a riveting suspense novel, and Amy McFadden’s narration is compelling…McFadden ramps up the tension with completely credible characters…McFadden handles plot twists and coincidences with understated intensity, making this a must-listen. Winner of the AudioFile Earphones Award.” —AudioFile 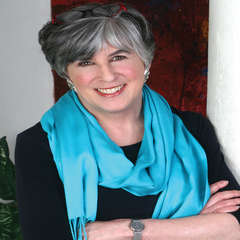 Hallie Ephron, an award-winning mystery reviewer, is the author of Never Tell a Lie, a Mary Higgins Clark Award finalist that was also made into the Lifetime Movie Network film And Baby Will Fall, and the Edgar and Anthony Award–nominated Writing and Selling Your Mystery. Ephron lives near Boston.