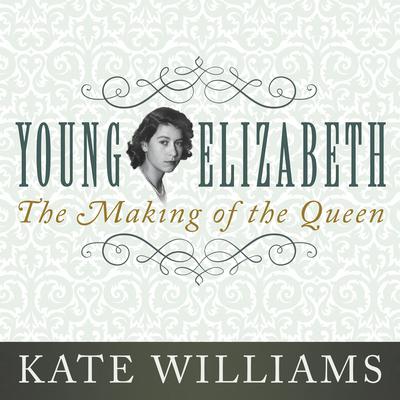 Young Elizabeth: The Making of the Queen

We can hardly imagine a Britain without Elizabeth II on the throne. It seems to be the job she was born for. And yet for much of her early life the young princess did not know the role that her future would hold. She was our accidental queen.

Elizabeth's determination to share in the struggles of her people marked her out from a young age. Her father initially refused to let her volunteer as a nurse during the Blitz but relented when she was eighteen, allowing her to work as a mechanic and truck driver for the Women's Auxiliary Territorial Service. It was her forward-thinking approach that ensured that her coronation was televised, against the advice of politicians at the time.

In Young Elizabeth, Kate Williams reveals how the twenty-five-year-old young queen carved out a lasting role for herself amid the changes of the twentieth century. Her monarchy would be a very different one from that of her parents and grandparents, and its continuing popularity in the twenty-first century owes much to the intelligence and elusive personality of this remarkable woman.

The author's research is all-encompassing… —Publishers Weekly
“A briskly written, admirably probing, and sympathetically voiced exploration of the elements that went into the formation of the woman we now know to be a very successful monarch.” —Booklist (starred review)
“Fascinating insights make this a worthwhile, enjoyable read.” —Daily Telegraph (London)

Kate Williams is the award-winning author of The Pleasures of Men, Becoming Queen, and England’s Mistress, which was short-listed for the Marsh Prize for Biography. She holds a master’s degree from the University of London and a doctorate in eighteenth-century culture from Oxford.