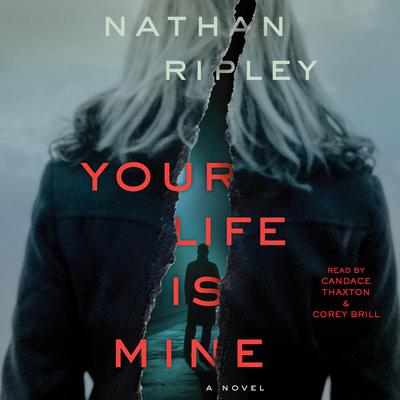 Your Life is Mine: A Novel

By Nathan Ripley
Read by Candace Thaxton  and Corey Brill

Instant national bestseller Nathan Ripley follows up the success of Find You in the Dark with another suspenseful page-turner—this time about a woman whose notorious father died when she was a child, but whose legacy comes back to haunt her.

Blanche Potter never expected to face her past again—but she can’t escape it.

Blanche, an up-and-coming filmmaker, has distanced herself in every way she can from her father, the notorious killer and cult leader, Chuck Varner. In 1996, when she was a small child, he went on a shooting spree before turning the gun on himself.

Now, Blanche learns that her mother has been murdered. She returns to her childhood home, where she soon discovers there’s more to the death than police are willing to reveal. The officer who’s handling the case is holding information back, and a journalist who’s nosing around the investigation is taking an unusual interest in Blanche’s family.

Blanche begins to suspect that Chuck Varner’s cult has found a new life, and that her mother’s murder was just the beginning of the cult’s next chapter.

Then another killing occurs.

Nathan Ripley is the pen name of literary fiction writer and journalist Naben Ruthnum. His stories and essays have appeared in The Walrus, Hazlitt, Sight & Sound, and Ellery Queen’s Mystery Magazine, among other places. He lives in Toronto. Visit him at NabenRuthnum.com or follow him on Twitter @NabenRuthnum.