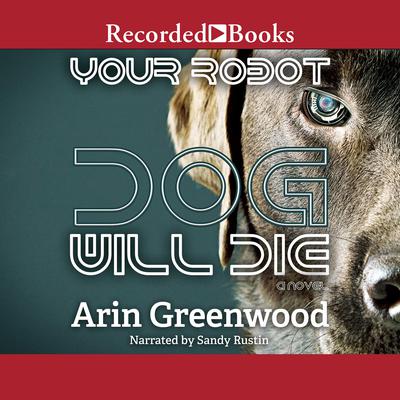 Your Robot Dog Will Die

A YALSA Pick for Reluctant Readers

Fusing the heart of Julie of the Wolves with the imagination of Little Brother and Ship Breaker, this speculative YA is a must-read for any dog lover. In the mid-21st century, dogs are all but extinct. An experiment gone awry caused every canine on Earth to become hyperintelligent. When as a species they stopped wagging their tails, hysteria ensued-followed by a program of mass euthanasia. Now the only surviving dogs are relegated to a sanctuary off the coast of Florida: Dog Island. There, they are studied in a wild, feral, and protected state. And there, too, their robot replacements are tested before being sold for mass consumption. Seventeen-year-old Nano Miller was born and bred on Dog Island, as were her two best friends, Jack and Wolf. Life has been mostly wonderful except for annual heartbreak, when another robot dog is torn from her arms and replaced with the latest model. And more recently, there is the heartbreak of her brother, Billy, who vanished without a trace a year earlier. Wolf, there to console Nano, has suddenly become more than a friend. (Bad news for Jack.) With the excitement of a surprise first romance, Nano is happier than ever, in spite of her loss. But then she makes a discovery that upends everything she took for granted: a living puppy who wags its tail. And there is no way she is letting this dog go.

“One of the most thought-provoking books I have read this year…[An] engrossing tale that, while exploring brutal actions, ends in a way guaranteed to warm hearts.” —Best Friends Magazine
“Our most anticipated indie YA.” —Barnes & Noble Teen Blog
“A really fun book about hope and discovery.” —BookRiot

Arin Greenwood is a writer and former lawyer living just outside Washington, DC, with her husband, Ray, their dog, Murray, and their cat, Derrick. Arin is an editor for the Huffington Post, covering things both nerdy and weird—like Virginia cats running for US Senate—in and around the nation’s capital. Her stories have appeared in Slate, the Washington City Paper, the American Bar Association Journal, and dozens of other publications. Greenwood’s first novel, Tropical Depression, was loosely based on the five-odd, sometimes very odd, years she spent lawyering on a small island near Guam.