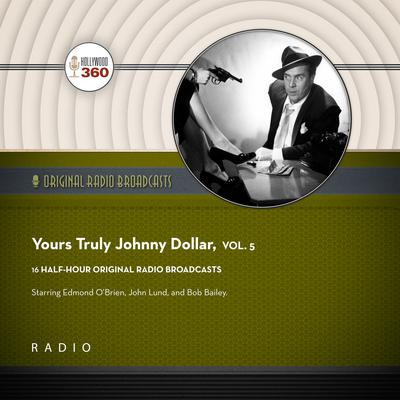 By  Black Eye Entertainment
Performed by  a full cast

The Golden Age of radio had incredible detective shows that kept Americans glued to their radio sets. Families gathered around their living room radios to hear their favorite detective find out “who done it?” From 1949 until 1962, Yours Truly, Johnny Dollar was one of the most popular detective shows on the air. Dollar was an insurance investigator who received a cut of the money he saved his agency for proving an insurance claim was not on the level. His insurance cases usually led to murder and a beautiful woman. Many actors played the role of Johnny Dollar over the years. This collection of sixteen half-hour adventures stars Edmond O’Brien, John Lund, and Bob Bailey as Dollar.