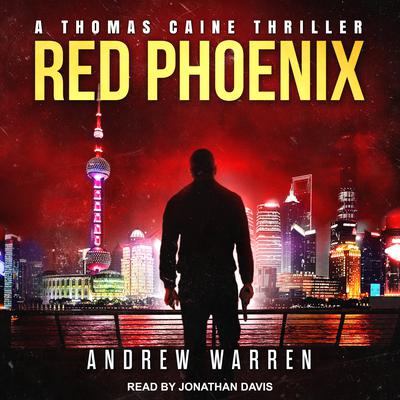 Betrayed and left for dead by his CIA handler, Thomas Caine suffered captivity and torture. He was hunted for crimes he did not commit. And he was forced to watch his partner die, gunned down before his eyes.

Now, he has found the man responsible for all his pain and suffering. But the cost of revenge may prove too high. His target reveals that Caine's partner had a son, now a young man, named Sean. And Sean is in terrible danger.

To save him, Caine will have to journey through the cities and villages of the most populous country on the planet: The People's Republic of China.

There, he and Sean find themselves tangled in a dangerous conspiracy. To survive, they must fight NSA killers, escape a secret black jail, and struggle against a power-mad triad gangster determined to cement his family's dynasty.

But Caine's most dangerous enemy is a deadly double agent, stalking them from the shadows. Their identity is unknown. Their motives are unclear. And their methods are one hundred percent lethal. They are known only by their code name: Red Phoenix.

Can Thomas Caine unravel the identity of this mysterious assassin, before they strike their killing blow?

Andrew Warren was born in New Jersey, and studied film, English, and psychology at the University of Miami. He has over a decade of experience in the television and motion picture industry, where he has worked as a post-production supervisor, story producer, and writer. He currently lives in Southern California.