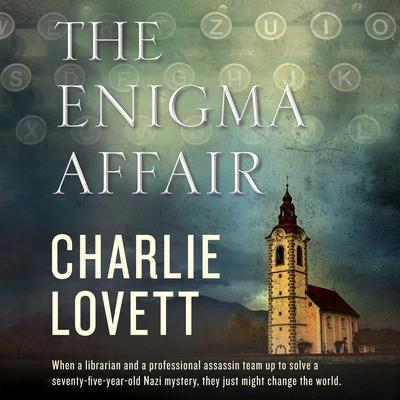 The Enigma Affair: A Novel

In this propulsive historical thriller from the New York Times bestselling author of Escaping Dreamland, a librarian and a professional assassin team up to solve a seventy-five-year-old Nazi mystery and stop a nefarious opponent from wreaking havoc on the world.

When small-town librarian Patton Harcourt comes under fire one morning while making profiteroles, she has no choice but to trust the mysterious assassin, Nemo, who shows up in her kitchen. Fleeing a pair of German thugs, the two form an unlikely alliance as they try to decipher a seventy-five-year-old message encoded by Nazis on an Enigma machine. Traveling to Bletchley Park in England, they enlist the aid of Patton’s old flame, Ruthie Drinkwater, an expert on Enigma. The trio soon finds themselves on the run, pursued by both the police and Ingrid Weiss, a white supremacist trying to unlock the secret of Heinrich Himmler’s research into alchemy. If Patton, Nemo, and their cohorts can survive a host of dangers—from trained killers to explosions to imprisonment—they might be able to prevent Weiss from acquiring untold wealth to promote her racist agenda.

In this fast-paced thriller with a thoroughly researched World War II background, a mismatched cadre of heroes, including an art historian, a museum docent, and a collector of Nazi artifacts, must work together to stop a ruthless and resourceful opponent. Racing across Europe, attempting to outfox Weiss and her associates at every turn, Patton and her team mount a complex operation. But can they withstand double crosses and dark secrets from Patton’s military past to defeat Ingrid Weiss and discover the secret of Projekt Alchemie?

“In the latest from veteran literary mystery writer Charlie Lovett, a professional assassin and a librarian team up to unravel a literary mystery, decipher a coded message from WWII, and fight the fascists. This action-packed adventure gave me serious Raiders of the Lost Ark vibes.” —Anne Bogel, creator of Modern Mrs. Darcy and host of What Should I Read Next?
“With breathtaking, brisk prose that vaults you into the story at a torrid pace, Charlie Lovett’s The Enigma Affair throws two unlikely characters together, hitman Nemo and small-town librarian Patton Harcourt, in a veritable collision of opposites, in a suspense-jammed novel that possesses a profusion of labyrinthine twists and turns that it engages on geologic levels. An accomplished writer, Lovett has a sure hand on the wheel of this densely packed thriller, and just when you think he’s going to hurl the reader into the void, he pulls back the reins and all the narrative threads dovetail into an exciting and immensely satisfying finish.” —Rex Pickett, critically acclaimed author of Sideways and The Archivist
“Rollicking…The pages fly by. This prose mash-up of National Treasure and Indiana Jones is fun escapist fare.”  —Publishers Weekly
“Wow! This is a roller coaster of a novel, and just like that ride, it delivers thrills and great heights before rolling to a satisfying conclusion. The Enigma Affair has it all: a hitman and an intelligence agent on the run, neo-Nazis, Enigma enthusiasts, broken hearts, an international chase, and a tantalizing mystery. Smashing stuff!” —James R. Benn, author of From the Shadows and other Billy Boyle WWII novels
“The Enigma Affair is a modern thriller with first-class historical credentials. A globetrotting page-turner where the characters take center stage. A clever librarian and an assassin named Nemo team up in a story that’s part Ken Follett, part Raiders of the Lost Ark, and as clever as anything Lovett has written. A smart roller-coaster ride from start to finish. I want more books like this one!” —M. L. Huie, author of the Livy Nash historical mysteries 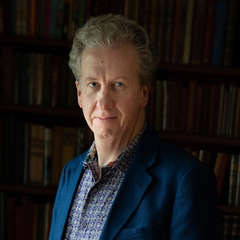 Charlie Lovett is the New York Times bestselling author of four previous novels, including The Bookman’s Tale and Escaping Dreamland. His academic writings include Lewis Carroll: Formed by Faith and for children he has written The Book of the Seven Spells and twenty plays that have been seen in over five thousand productions worldwide. A former antiquarian bookseller and avid book collector, he and his wife, Janice, live in Winston-Salem, North Carolina, and (when the pandemic allows) in the village of Kingham in England.