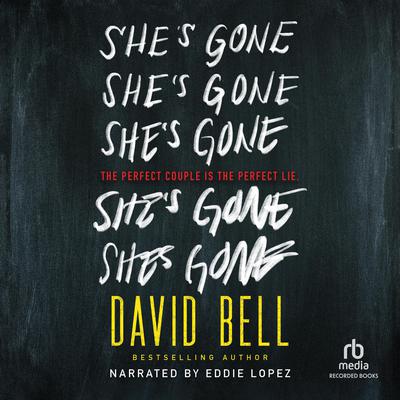 When 17-year-old Hunter Gifford wakes in the hospital on the night of homecoming, he's shocked to learn he and his girlfriend, Chloe Summers, have been in a terrible car accident. Hunter has no memory of the crash, and his shock turns to horror when he is told Chloe's blood has been found in the car?but she has disappeared. Back at school, his fellow students taunt him, and his former best friend starts making a true-crime documentary about the case?one that points the finger directly at Hunter. And just when things can't get any worse, Chloe's mother stands in front of the entire town at a candlelight vigil and accuses Hunter of murder. Under mounting pressure from the police, Hunter takes matters into his own hands by questioning anyone who might know the truth and posting videos to prove his innocence. When Hunter learns he and Chloe were seen arguing loudly outside the dance, he faces a sickening possibility. Was he angry enough to kill the person he loved? Praise for David Bell: "David Bell is a top-notch storyteller and Layover is his best book yet. I flew through this twisty, riveting psychological thriller at breakneck speed, hooked from the first page right up through the book's breathless conclusion."?Cristina Alger, New York Times bestselling author of Girls Like Us "With hints of Patricia Highsmith's THE TALENTED MR. RIPLEY, this is a riveting thriller." ?Palm Beach Daily News "Readers will find themselves thoroughly immersed in this riveting thriller...both compelling and surprising."?Booklist "Bell is a brilliant craftsman as well as storyteller."?The Providence Journal Petra Luna is in America, having escaped the Mexican Revolution and the terror of the Federales. Now that they are safe, Petra and her family can begin again, in this country that promises so much. Still, twelve-year-old Petra knows that her abuelita, little sister, and baby brother depend on her to survive. She leads her family from a smallpox-stricken refugee camp on the Texas border to the buzzing city of San Antonio, where they work hard to build a new life. And for the first time ever, Petra has a chance to learn to read and write. Yet Petra also sees in America attitudes she thought she'd left behind on the other side of the Río Grande?people who look down on her mestizo skin and bare feet, who think someone like her doesn't deserve more from life. Petra wants more. Isn't that what the revolution is about? Her strength and courage will be tested like never before as she fights for herself, her family, and her dreams. Petra's first story, Barefoot Dreams of Petra Luna, was a New York Public Library Book of the Year and a Texas Bluebonnet Master List Selection.