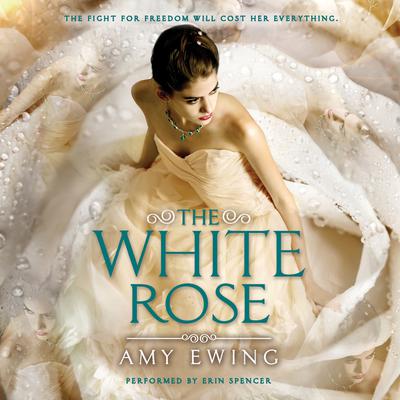 The Selection meets The Handmaid’s Tale in the epic sequel to the New York Times bestselling author Amy Ewing’s The Jewel.

Violet is on the run. She’s escaped the Duchess of the Lake, who bought her at auction, and the lifetime of servitude she was once resigned to.

But no matter how far Violet runs, she can’t avoid the rebellion brewing just beneath the Jewel’s glittering surface or the fact that she wants in on it. With Ash and a new ally by her side, Violet discovers her Auguries are more powerful than she could have ever imagined.

But is she strong enough to rise against the Jewel and everything she has ever known? And is she willing to risk the lives of everyone she cares about to find out?

“This work has its own fast-paced plot and doesn’t just bridge the first book to the third. Questions are answered from the first installment in this tale, backstory and history are provided for better understanding of the workings of the Lone City, and a surprise twist will make readers anxious for the next series entry. A must-read for fans of the previous title; they will not be disappointed.” —School Library Journal

Amy Ewing earned her MFA in writing for children at the New School and received her BA at New York University. The Jewel started off as a thesis project but became her debut novel that won starred reviews from Booklist and RT Book Reviews. She is a regular contributor on TeenWritersBloc.com.