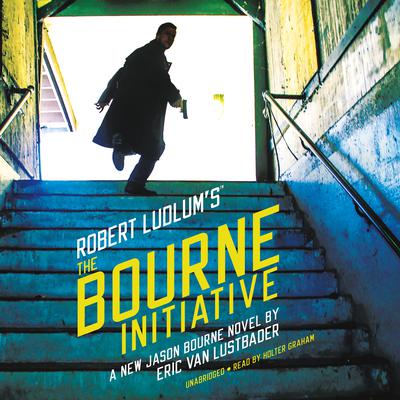 Jason Bourne returns in this stunning new thriller from Eric Van Lustbader, continuing Robert Ludlum's classic series. General Boris Karpov, head of the feared Russian FSB, is dead. But Karpov has reached out from the grave with an unstoppable cyber operation he conceived before his murder, aimed at the heart of the United States--a way to steal the president's nuclear launch codes. Who has taken over the operation? Karpov trusted only one man: Jason Bourne. But can Bourne be working against his own country? The U.S. Government is convinced of his treason, and is doing everything in its power to kill him. Flushed from cover and gravely wounded, Bourne's only hope is to join forces with his bitterest enemy: a powerful Somali terrorist named Keyre, and his protoge, the Angelmaker. If he hopes to survive, Bourne has no choice but unravel the mystery of Karpov's last legacy--a weaponized code that may bring about the unthinkable: a violent end to America.

Thriller addicts who love intricate webs of conspiracy mixed with an adrenaline rush of action and global adventure will snap this one up. —Library Journal on The Bourne Objective
The twists, the nonstop action, and the multilayered plot that Ludlum fans expect are here in abundance. Fans of the Bourne films will eat this one up. —Booklist on The Bourne Dominion
In true Bourne fashion, "The Bourne Imperative" is fast-paced and full of action. There are twists and turns that even the grandest of plot detectives could not forsee. —The Daily Reporter (IA) on The Bourne Imperative
Eric Van Lustbader has once again taken the Bourne saga to another level of greatness, as The Bourne Retribution is filled with non-stop action. Fans of the superspy will find themselves rooting for him right up until the last page is turned. —Book Reporter on The Bourne Retribution
In the highly able hands of author Eric Van Lustbader, Bourne has seen a resurgence of terrific proportions...What Lustbader does best is to step into the shoes and skin of Jason Bourne, breathing life into a character who readers of espionage thrillers cannot get enough of. The Bourne Ascendancy will not disappoint. —BookReporter.com on The Bourne Ascendancy