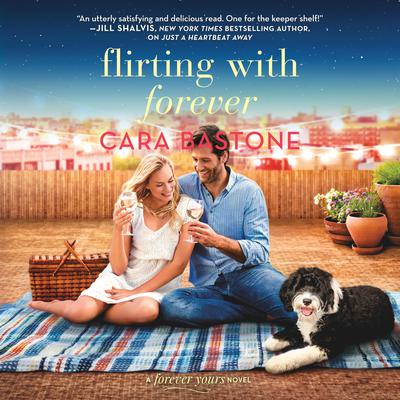 The Forever Yours Series: Book 3

Mary Trace is bright, bubbly and suddenly dunked back into the dating pool in her mid-thirties. She owns a successful boutique in a trendy Brooklyn neighborhood. But all of her closest friends are falling in love (with each other), and Mary refuses to feel like she’s missing out on romance. So she starts saying yes to opportunities—and to dates.

When Mary goes on a blind date set up by a friend, her heart drops when she meets the perfectly gorgeous, and extremely well-groomed John Modesto-Whitford. There’s not a hair out of place, and he’s got the judgmental expression to match. When he drops a less-than-flattering comment about Mary’s age, she’s out of there.

John, desperate not to be anything like his lying snake of a father, prides himself on being honest to a fault. Though he always tells the truth, he has learned that sometimes it’s best just to keep his trap shut. So why oh why does he tell the most gorgeous woman he’s ever had the honor of having dinner with that she’s…old?

After such a rocky start, will these two stubborn individuals decide to give each other a second chance?

Cara Bastone is a full-time writer, the author of the Forever Yours and the Love Lines romance series. She has been a fan of the romance genre since she found a grocery bag filled with her grandmother’s old Harlequin Romances when she was in high school.