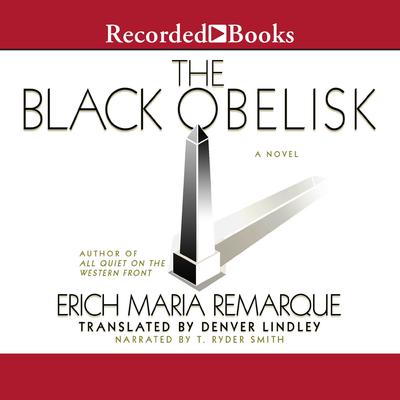 A hardened young veteran from the First World War, Ludwig now works for a monument company, selling stone markers to the survivors of deceased loved ones. Though ambivalent about his job, he suspects there's more to life than earning a living off other people's misfortunes. A self-professed poet, Ludwig soon senses a growing change in his fatherland, a brutality brought upon it by inflation. When he falls in love with the beautiful but troubled Isabelle, Ludwig hopes he has found a soul who will offer him salvation-who will free him from his obsession to find meaning in a war-torn world. But there comes a time in every man's life when he must choose to live-despite the prevailing thread of history horrifically repeating itself.

Erich Maria Remarque (1898–1970) was born in Osnabrück, Germany, of French ancestry. He studied at the University of Münster but had to enlist in the German army at the age of eighteen. He fought on the Western Front and was wounded several times. He began his writing career as a journalist. Fame came with his first novel, All Quiet on the Western Front (1929), which sold more than a million copies in its first year. He left Germany in 1932 because of Nazism, came to the United States in 1939, and became a US citizen in 1947.